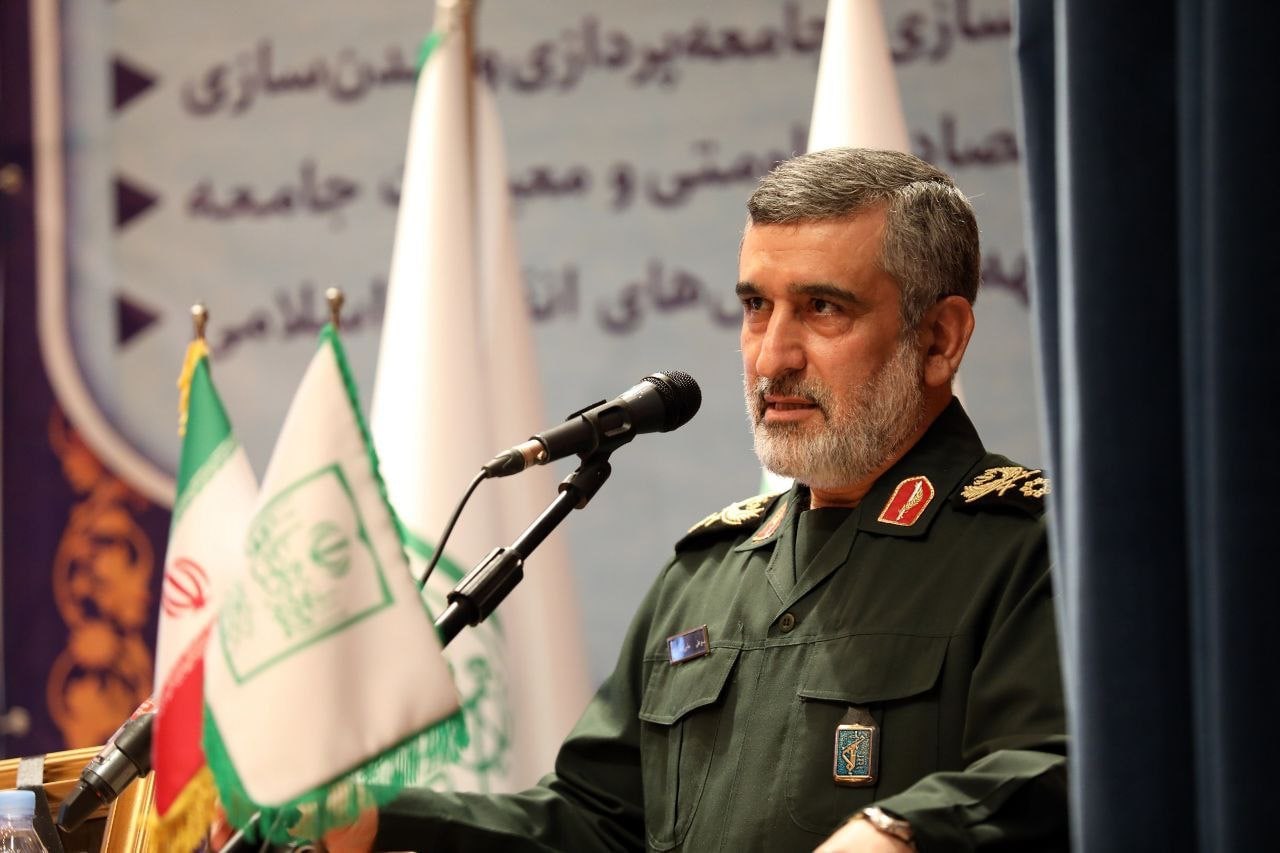 "The missile has a great velocity and can maneuver both in and out of the Earth's atmosphere," Amir Ali Hajizadeh, the IRGC Aerospace Division chief, told reporters.

“The new missile can pass through all missile defense systems, and I don't think that the technology capable of intercepting it will be achieved in the decades to come. It can target the enemy's anti-missile systems, and its production marks a huge generational leap in the development of a new generation of missiles,” Brigadier General Hajizadeh explained.

The hypersonic missile can fly at more than five times the speed of sound (at a rate of 3,800 mph).  According to the Stockholm International Peace Research Institute, hypersonic missiles are able to travel on complex trajectories that make them difficult to defend against.

The homegrown hypersonic missile is more advanced than Sejil.

The news of the hypersonic missile broke out on the sidelines of a ceremony marking the memory of Tehrani Moghaddam, who is recognized as the father of the Iranian missile program.

Tehrani Moghaddam was martyred on November 14, 2011. He and 16 others were killed in an explosion at an IRGC depot about 25 miles west of Tehran.

Talking to the Tasnim news agency on Friday, Hajizadeh said the hypersonic missile has been tested.

Marina Miron, a research fellow from the Defense Studies Department at King's College London, told Newsweek that "the problem is now the U.S. is still struggling with its hypersonic missiles and now all of a sudden Iran has its first hypersonic missile—so that changes the balance of power."

"To intercept a hypersonic missile, you would need special space satellites or a space sensor," she said. "At this very stage, there is no defense against hypersonic missiles so it increases the threat to countries which are located within range."

"It's going to have some serious implications on the balance of power, not only in the Middle East but just generally in the world," Miron said.

U.S. Department of Defense spokesperson for the Middle East region, Army Lieutenant Colonel Rob Lodewick, told Fox News Digital that the Pentagon is "well aware" of the reporting but claimed it remains "skeptical."

"As always, we will refrain from disclosure of intelligence reporting and assessments on such sensitive topics," he added. "We continue to closely monitor Iran’s development and proliferation of advanced missiles and associated technology."

Rafael Grossi, the head of the International Atomic Energy Agency (IAEA), speaking at a UN climate summit in Egypt, expressed concerns about the announcement.

But he added that he does not see this as “having any influence” on negotiations over Iran’s nuclear program.

It is not clear why Grossi, whose agency’s only task is to monitor the peaceful use of nuclear technology, reacted to such a hypersonic missile which is purely for defensive purposes. The remarks by Grossi strengthened the view that he has politicized the IAEA.

The announcement of the hypersonic ballistic missile by the IRGC aerospace chief came just a few days after the long-range Sayad B4 missile production line was launched and the updated version of the Bavar-373 surface-to-air missile system was revealed by the Iranian Defense Ministry.

Brigadier General Ashtiani emphasized that many technologically sophisticated countries desire to own such a system and that it can engage and destroy up to six targets at once.

According to the report, the detection range of the Bavar-373 system's radar rose from 350 to 450 kilometers, while its engagement range increased from 260 to 400 kilometers.

The report stated that the missile's engagement altitude has grown from 27 to 32 kilometers, and its range has expanded from 200 to 300 kilometers.

Bavar-373 can engage stealth aircraft like the F-35 at long distances.

Also on November 5, the IRGC Aerospace Force successfully launched the Qaem-100 satellite carrier. It uses a solid-propellant engine and can carry satellites weighing 80 kg into an orbit of 500 kilometers away from the Earth.

Iranian military specialists and technicians have made significant progress in recent years in manufacturing a wide spectrum of indigenous weaponry, allowing the armed forces to be quite self-sufficient in the armament industry.