Imam Khamenei: "Propaganda" at core of enemy's schemes in recent riots & "jihad of clarification" the way to fight it 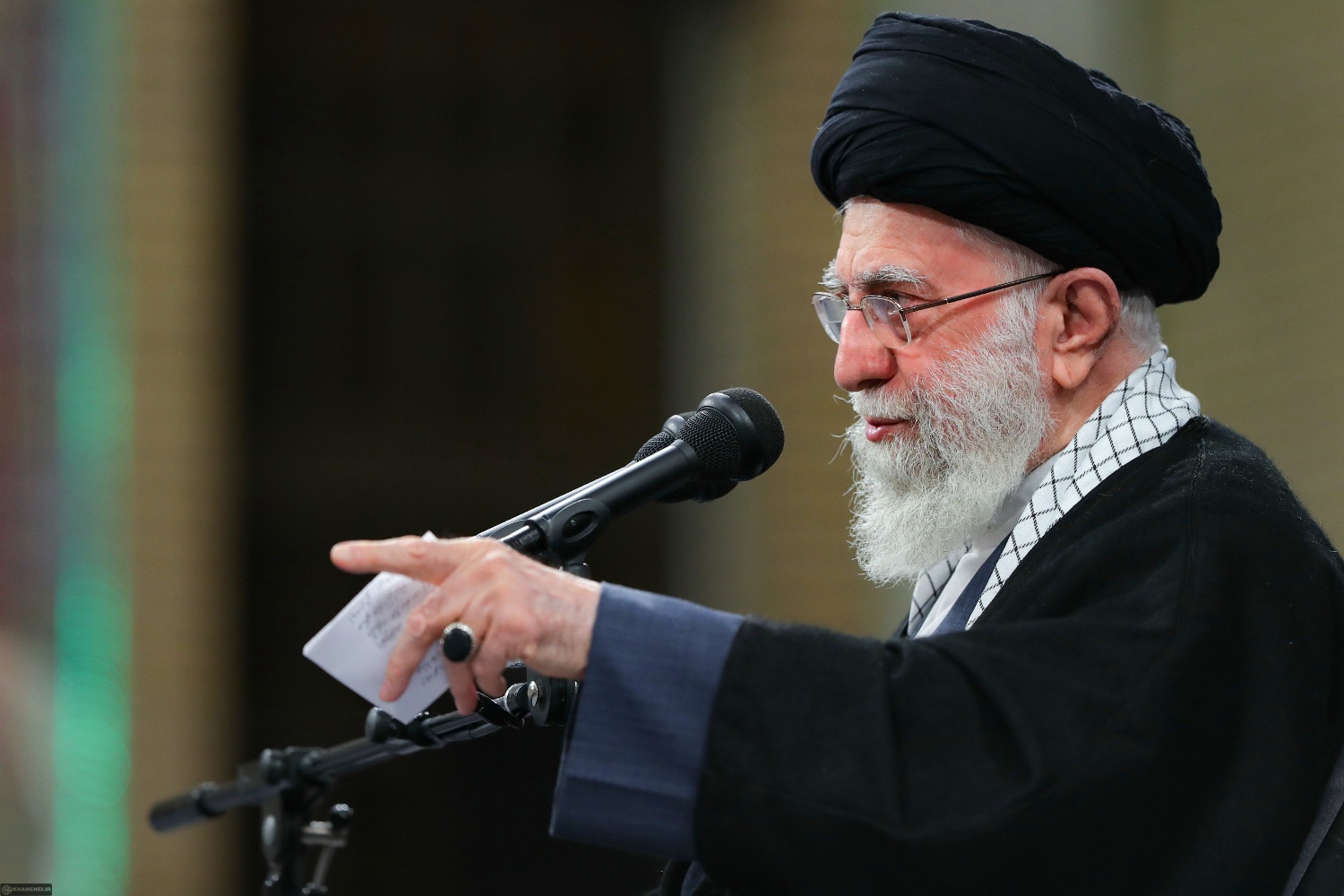 On the anniversary of the 1978 historic uprising of the people of Qom against the oppressive Pahlavi regime, Imam Khamenei met with a number of people from the Qom Province in the Imam Khomeini Hussainiyah on January 9, 2023. During this meeting he referred to "propaganda" as one of the main strategies enemies have used against Iran in the recent unrest and also emphasized on the importance of "jihad of clarification" as the way to overcome it.

AhlulBayt News Agency: On the anniversary of the 1978 historic uprising of the people of Qom against the oppressive Pahlavi regime, Imam Khamenei met with a number of people from the Qom Province in the Imam Khomeini Hussainiyah on January 9, 2023. During this meeting he referred to "propaganda" as one of the main strategies enemies have used against Iran in the recent unrest and also emphasized on the importance of "jihad of clarification" as the way to overcome it.

Imam Khamenei described the uprising of the people of Qom on January 9, 1978, as one of history’s transformative events, emphasizing the need to keep its memory alive.

In this regard, the Leader added that the great movement that was initiated by the religious and revolutionary people of Qom, spreading throughout the entire country, was aimed at overthrowing the dictatorial [Pahlavi] regime, saving Iran from being devoured by the West and restoring the historical and Islamic identity of the country. This was because the Iran that existed during the Pahlavi era was getting crushed by the wrong culture and political-military dominance of the Americans.

Referring to the recent riots that had taken place inside Iran, the Leader of the Islamic Revolution outlined the obvious interferences of the country’s foreign enemies, which included some European countries and the US. He stated, “The most important tool that the enemy used in these riots was propaganda and the enticement of people through cyberspace and the Western, Arabic and Hebrew media.”

Imam Khamenei added that, “some made it seem as though those present in the riots were against the country’s administrative and economical weaknesses, while on the contrary, their goal was not to eliminate the weaknesses, but to destroy the country’s strengths."

In another part of his speech, the Leader pointed out that the victory of the Islamic Revolution and the rescuing of Iran from America’s heavy domination, has been the main reason behind the United States’ enmity with the Islamic system.

Imam Khamenei states over the past 43 years, the US has continuously made an effort to attack the Islamic Republic through various means. This includes issuing threats and imposing sanctions on Iran, engaging in acts of espionage and infiltration, putting pressure on the country, creating anti-Iranian alliances, and inciting anti-Iranian and anti-Shia sentiment. He further added that the enemy primarily uses propaganda in order to harm the Islamic Republic.

The Leader of the Islamic Revolution recounted the swift response of the pious and sincere citizens of Qom on January 7, 1978 – that is, on the same day that a ludicrous and insulting article was published against Imam Khomeini by the order of the Pahlavi court. “This movement continued on January 8 and turned into a widespread uprising on January 9. Qom was the first city that proudly raised the flag of the Revolution and established a bright path in the country.”

Imam Khamenei considered the Taghut [Pahlavi] regime’s assurance of support from the US as the reason behind its foolishness and audacity in publishing an insulting article against Imam Khomeini (ra). “A few days before January 9, Carter described Iran as 'an island of stability’, while he was in a drunken state in Tehran. However, this support did not prove to be fruitful, because according to the Quran, relying on the power of the disbelievers, results in nothing but failure.”

The Leader also referred to the United States’ great influence on the Pahlavi regime, underlining that the people’s battle against the Taghut was in fact a battle against the US. He added, “Imam Khomeini was exiled in 1964 because he protested against the capitulation law. This law provided the Americans with immunity for any crime that they committed in Iran. The people rose up against this kind of influence and freed Iran. This formed the basis of US's enmity with our nation.”

In another part of the meeting, the Leader referred to the strategies used by the enemies to downgrade the “Days of God” and historic events. “Contrary to the words of the Quran, inviting everyone to remember and mention the Days of God, the enemy wants to stand in the way of the guidance that such days have to offer. Attempts to downgrade or conceal days such as 22nd of Bahman (February 11), 29th of Bahman (February 18), 19th of Dey (January 9), 9th of Dey (December 30), the funeral processions of Martyr Soleimani and Martyr Hojaji are examples of these efforts.”

Imam Khamenei regarded the people of Qom’s immediate sense of responsibility, their willingness to take risks against the cold-hearted and bloodthirsty Taghut regime, and their timely and unwavering action as some of the characteristics of their uprising on January 9, 1978. He emphasized that, “Any movement that possesses these characteristics will definitely achieve the desired outcomes.”

The Leader of the Islamic Revolution referred to the Sacred Defense as a shining example of the Iranian nation’s sense of duty, its timely attendance, and its willingness to take risks. “With numerous provisions and the support of the US, the Soviet Union, NATO and reactionary countries, the insane Saddam [Hussain] attacked Iran, with the goal of dividing the country. However, Iran won in this war with the confederates and they were not able to do a single thing. Not even the smallest part of the country was separated,” he said.