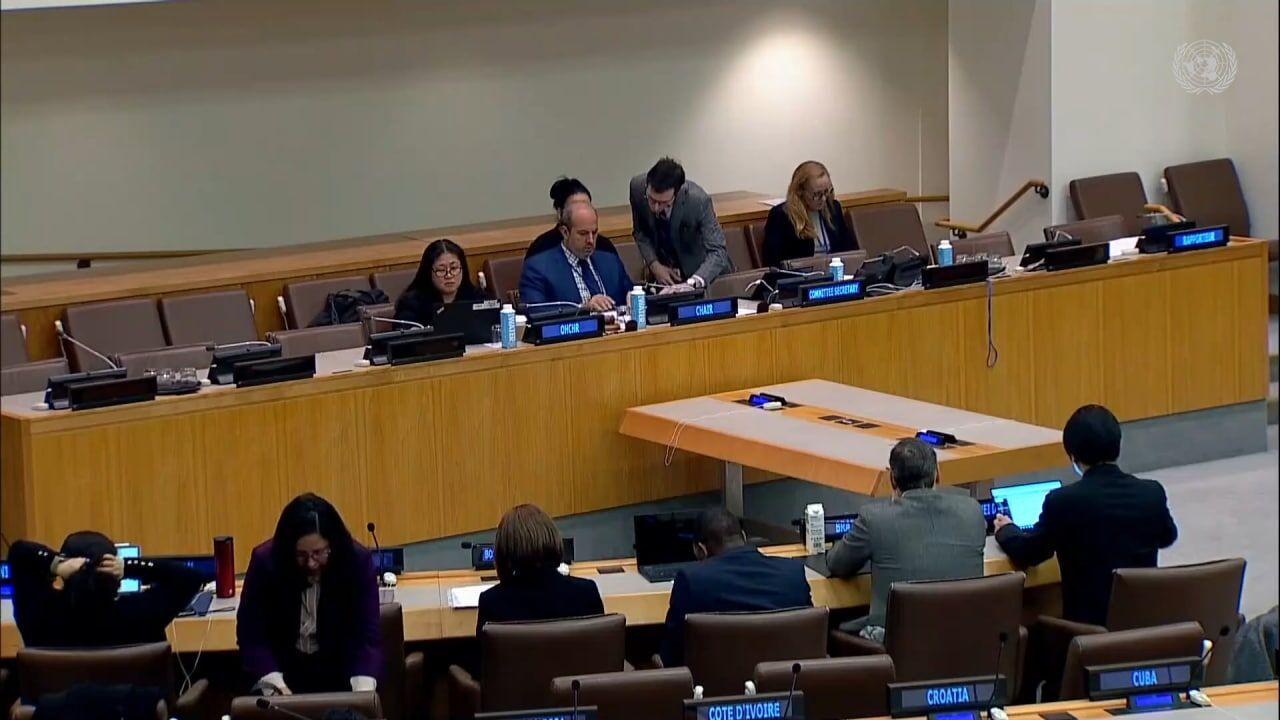 The Western states led by the United States voted for a political anti-Iran resolution at the United Nations General Assembly Third Committee.

As part of their propaganda and political campaign against the Islamic Republic of Iran, a draft resolution proposed by Canada and supported by the US was ratified at the UN.

The member states of the United Nations General Assembly Third Committee voted to a Canadian-proposed draft resolution on the situation of human rights in Iran every year and this year’s draft resolution consists of unrest in recent week in the Islamic Republic.

The draft resolution on human rights in Iran was approved by a vote of 79 in favor to 30 against, with 71 abstentions.

Last year’s draft resolution was approved by the same number as it was ratified in this year.

The last year’s draft resolution against Iran was approved by 78 in favor to 31 against, with 69 abstentions at the UN General Assembly.

The new resolution of the UNGA Third Committee is scheduled to be voted at the UN General Assembly as well.

Prior to the voting at the Third Committee, Vice-President of the Judiciary for International Affairs and Secretary General of the Islamic Republic of Iran's High Council for Human Right travelled to New York in order to elaborate on Tehran’s viewpoints in his meetings with representatives from different countries.

According to press.un.org, Iran’s delegate called the draft an “insincere political move” that exposes a deliberate policy of incitement to “Iranophobia”. She denounced that the cosponsors — Canada, the United States and “the child killer Israeli regime”, the main proponents of racism, occupation and abhorrent treatment of indigenous peoples — have come together to lecture others on human rights.