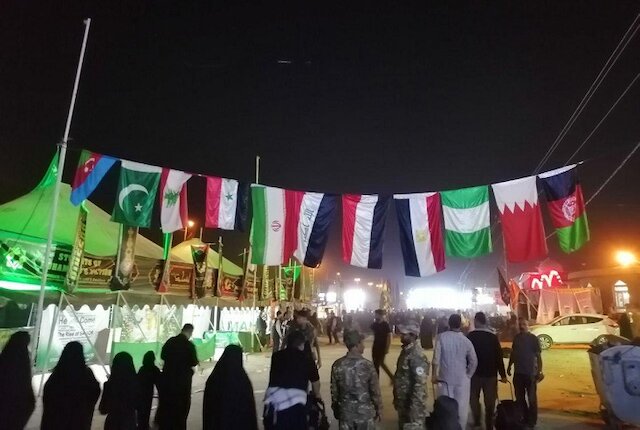 The lives of contemporary human beings are governed by a set of cultural frameworks which label individual well-being to be the first priority in a human being's life. These same cultural principles have inevitably led to a substantial portion of the world’s population living in dire poverty and distress.

The lives of contemporary human beings are governed by a set of cultural frameworks which label individual well-being to be the first priority in a human being's life. These same cultural principles have inevitably led to a substantial portion of the world’s population living in dire poverty and distress. The Arbaeen Walk, which takes place annually forty days after the Ashura, brings serious challenges to such cultural clichés and their consequences.

After the Renaissance and the subsequent multidimensional transformations that took place in the Western civilization, many new concepts were born and many which already existed underwent serious modifications. “Reason” is among the most important of those concepts. All these years, Western thinkers have tried to define and limit reason in the context of preferring the materially valuable and instinctual things. According to this view, “reason” is almost like a servant to the “instinct,” meaning that the latter is the main decision-maker; and human desires determine what human beings do and do not do. Then, after the priorities were determined by human instinctual desires, it is the turn of the intellect to say what tools and means are most efficient to achieve the goals. To a large extent, contemporary man has grown up within this utilitarian and desire-based definition of reason; therefore, when confronted with a phenomenon like the Arbaeen Walk, he/she encounters a multitude of questions. The following lines deal with some them.

The Mowkeb owners (who provide pilgrims with free food, drink and accommodation) save and spend most of their annual income to serve and care for the pilgrims of Hussain (pbuh). This kind of attitude stands against the self-centered and utilitarian logic briefly discussed above. In today’s world, normally most human beings direct their efforts and assets to enlarge their own well-being; but the Iraqi Mowkeb owner does not seek to accumulate capital to increase his/her material well-being. He/she willingly saves and spends all his/her savings in the two months of Muharram and Safar just to serve the pilgrims of Imam Hussain (pbuh) and is not at all worried about his/her future. Having developed and enlarged his/her world and being, the Mowkeb owner does not feel ownership over his/her property and instead finds him/herself in a sort of pleasant competition over self-sacrifice.

The people who take part in the Arbaeen Walk are of different nationalities many of them cannot even understand each other’s language. Looked from a national, racial, and ethnic angle, these people do not belong to each other and as a result, must not have much in common. However, on the Arbaeen Pilgrimage, you find the same apparently very remote people moving and eating together, loving and sacrificing for each other; the mutual understanding that takes place between this polyglot population is indeed surprising. Seemingly, a language like property, nationality and race has given its place to something greater. Perhaps, here on the Arbaeen Walk, globalization has been actualized, but probably not as it is usually defined.The Arbaeen pilgrims are mourning and grieving over the martyrdom of the holy Prophet’s (pbuh) grandson, but unique to their mourning and lament is that right in the middle of such tears and griefs there lies strength, delight, and rejuvenation which are all rooted in these people respecting and commemorating the person who fought and sacrificed himself for the Truth. Seemingly, Truth has greater power than such physical difficulties. Therefore, while filled with hardships and at times injuries, the people who participate in this event never find themselves depressed and down.

What happens in the Arbaeen Walk that causes these contradictions to disappear is that all these people, while having been bombarded with different problems, find a Divine common denominator the center of which is Imam Hussain (pbuh). In reality, what happens is that the pilgrims on the Arbaeen seem to have been infused with a sort of energy that attracts and unifies them towards Imam Hussain (pbuh) like what happens in a magnetic field. The Arbaeen Walk is one of the manifestations of the homogenization of the scattered powers in the society; the energy that mobilizes all human talents.

From the sociological perspective, the Arbaeen constitutes a special type of social interaction. Emile Durkheim, the French sociologist, holds that there are two kinds of social solidarity: the first solidarity is based on similarity, meaning that although everyone does his/her work and does not need others, but similarity causes them to feel close to each other, and as a result, a kind of social solidarity is established between them; the second solidarity is based on the basis of difference, meaning that everyone is able to do only part of the work; thus he/she always needs others, and others need him because of that work and services. This is indeed a give-and-take solidarity.

The Arbaeen event shows that a third kind of social solidarity can also be imagined and experienced and that solidarity depends on the existence of a third party. That is, there is a third element, to which all members of the diverse population involved in Arbaeen Pilgrimage find themselves attached and bound.

Another practical example of the unifying power of the Arbaeen Walk is the relation between Iran and Iraq. Like any other war, the eight-year Iran-Iraq war had created a sense of animosity between the countries. The memory of hostility between the two neighboring nations could have created and perpetuated many problems for peoples on both sides over decades and centuries But, the Arbaeen Pilgrimage has caused a feeling of brotherhood and proximity between the two nations, to the extent that the Iranian participants in Arbaeen Walk cherish the pleasant experience of being generously served and cared for by their Iraqi friends for almost a year. Although this phenomenon is short and covers a limited period of time, its impacts are stable, deep and extensive. This proximity and brotherhood no doubt play a great role in the overall security of the region.

In the end, the mechanism of the Arbaeen Walk can be best summarized in the motto: “The Love of Imam Hussain Unites Us.”