Al-Wefaq calls on Bahrain authorities not to retaliate against prisoners 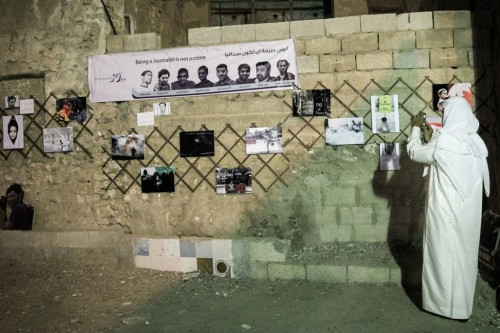 Commenting on the increasing demands of prisoners to improve the living conditions in Bahraini prisons, Al-Wefaq National Islamic Society said that what political prisoners are being subjected to is a crime and constitutes a threat to the lives of political prisoners.

AhlulBayt News Agency (ABNA): Commenting on the increasing demands of prisoners to improve the living conditions in Bahraini prisons, Al-Wefaq National Islamic Society said that what political prisoners are being subjected to is a crime and constitutes a threat to the lives of political prisoners.

The audio recordings of dozens of political prisoners held in the prisons of the Bahraini regime were made public after a distress call launched by hundreds of inmates, in which they demanded to be provided with humane living conditions, as they have been suffering from a difficult and poor environment.

Al-Wefaq Society called on the state not to practice retaliation against political prisoners. "It is not acceptable to retaliate against prisoners in terms of their food, health and basic needs."

Al-Wefaq went on to say that: "The denial of water, treatment, heating, medicine, sun exposure, normal communication with family, and other humane conditions constitutes a crime and a systematic attack on the lives of political prisoners, given that they were arrested for reasons related to political and human rights demands."

"Western countries and the parties supporting the regime turning a blind eye to what is happening in Bahrain and ignoring all the abuses and crimes against human rights is unacceptable and is deemed an act of complicity in these violations. It raises many questions about the role of some countries and international bodies in human rights and freedoms issues," the statement added.

The Society also stressed that "The people of Bahrain witness the international alert towards all issues related to freedoms and human rights in some countries, while deliberately and clearly disregarding what is happening in Bahrain."

Al-Wefaq further stated that: "Some countries and members of some Western parliaments, who receive gifts and trips from the Bahraini regime while they are trying to polish and beautify violations, tyranny and dictatorship, are practicing the worst forms of double standards."

"Political prisoners in Bahrain have been arrested, tortured, and sentenced to many years. Their nationalities were revoked and they were isolated politically and civilly, just because they demand democracy, justice, freedom, and respect for human rights. Putting most of Bahrain's people under the weight of fire and iron, and forcing them to remain silent for the sake of economic and other interests, is brutality on the part of its supporters." power in Bahrain, said Al-Wefaq concluding their statement.