Yemen's Health Ministry: Over 5,000 patients with renal failure at risk of death 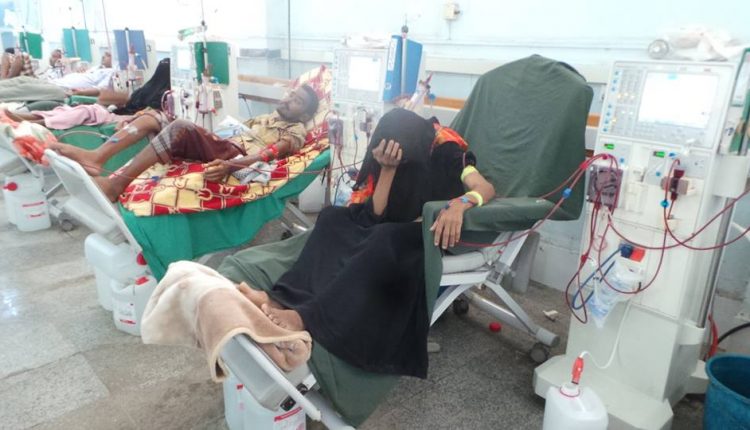 The Yemen's Ministry of Public Health and Population on Saturday warned that more than 5000 patients with kidney failure are at risk of death if dialysis sessions are stopped as a result of their medicines and solutions running out.

AhlulBayt News Agency (ABNA): The Yemen's Ministry of Public Health and Population on Saturday warned that more than 5000 patients with kidney failure are at risk of death if dialysis sessions are stopped as a result of their medicines and solutions running out.

In a statement issued during an emergency meeting with international and local organizations to unify emergency humanitarian response efforts to save the lives of patients with kidney failure, the ministry sounded the alarm as a result of the depletion of solutions and the failure of devices in most dialysis centers in various provinces, which threatens them with closure.

The statement confirmed that there is currently no sufficient stock of dialysis drugs, materials, and supplies, and that the stock for the year 2023 is empty of medicines, unless international and humanitarian organizations fulfill their duty towards patients with kidney failure and provide their medicines and solutions.

The Ministry called on the United Nations to do its duty to stop the aggression, lift the blockade, open Sana’a International Airport, and allow the entry of medicines and medical supplies to save the lives of patients, including patients with kidney failure.

The meeting also confirmed the increase in the number of dialysis sessions, as patients need 500,000 sessions annually, in addition to the medications accompanying each dialysis session for each patient. It was noted that the lack of incentives and the suspension of salaries had a negative impact on increasing the suffering of failure patients and dialysis centers alike.

The Ministry stated that there are more than 498 hemodialysis machines in 17 centers that need periodic maintenance, pointing out that there are no dialysis centers in six provinces, namely Raymah, Abyan, Lahj, Jawf, Al-Dhalea and Bayda.

At the meeting, the Undersecretaries of the Ministry of Health for the Care Sector, Dr. Muhammad Al-Mansour, the Population Sector, Dr. Najeeb Al-Qabati, and the Director of Technical Cooperation in the Ministry, Mortada Al-Murtada, stressed the humanitarian response plan should include the emergency needs of the health sector.

They called on the United Nations and international organizations working in the health sector not to turn a blind eye to the catastrophic tragedy that claimed the lives of thousands of patients, including kidney failure patients who are threatened with death as a result of the scarcity of dialysis supplies.

The increase in the number of kidney failure patients led to increased pressure on dialysis centers, which face many difficulties that impede the continuity of their work due to the blockade and aggression, they added.