Interview: Iran would take action itself if Iraqi Kurdistan region does not reign in terrorists 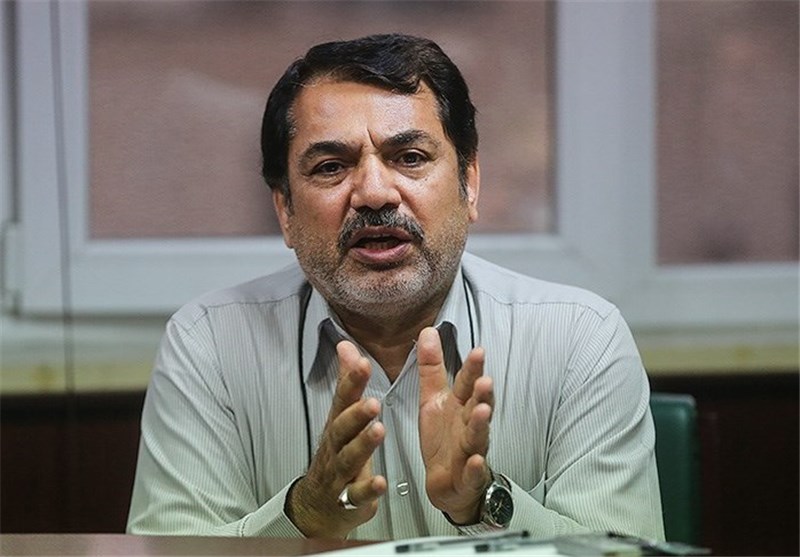 The Iraqi Kurdistan region's ignorance of the repeated Iranian warnings about activities of terrorist groups posing threats to Iranian national security from northern Iraq led Iranian forces to take actions to counter the threats themselves. The Islamic Revolutionary Guards Corps (IRGC) that launched a set of missile and artillery attacks on the positions of Komala and other terrorist groups over the last two months, carried out new missile strikes on them on Monday morning...

AhlulBayt News Agency: The Iraqi Kurdistan region's ignorance of the repeated Iranian warnings about activities of terrorist groups posing threats to Iranian national security from northern Iraq led Iranian forces to take actions to counter the threats themselves. The Islamic Revolutionary Guards Corps (IRGC) that launched a set of missile and artillery attacks on the positions of Komala and other terrorist groups over the last two months, carried out new missile strikes on them on Monday morning, inflicting heavy damages on them. The threats by these groups are so serious now that Iranian military commanders do not rule out a ground operation if the need arises.

Alwaght News talked to West Asian affairs expert Hussein Royvaran for an elaboration on the fresh IRGC missile strikes on the terrorists based in the autonomous region and the Iranian options for next stage.

Q: In recent weeks, terrorist groups’ positions were pounded by the IRGC in Kurdistan region of Iraq. What is the goal of these attacks and what achievements have they so far had for Iran? Have them realized their goals?

Royvaran: There are some principles in the international laws. The first principle is respect to sovereignty of countries and the second one is non-interference in the internal affairs of countries. Unfortunately, the Kurdish region violated the international laws both in Iran and in Turkey. The disrespect to the sovereignty of the countries and interference in their countries by Erbil leaders is because of a kind of racial solidarity. This is unacceptable for Tehran and Ankara and its continuation led to reactions from Turkey and Iran. Is the Iranian military action legitimate? Yes it is. According to the international laws, if a country or entity is too inefficient to contain interference of groups in other countries’ affairs, the other side can itself take action and take away the threatening elements. So, what is Iran doing is completely legitimate. Another issue is the extent of effectiveness of these attacks. I am not a military man to present a precise estimation of the blows dealt to the terrorist groups but certainly if the Revolutionary Guards had no data about the positions, it would not have targeted them. The sites that have been hit belonged to the anti-Iranian terrorist groups and the Revolutionary Guards launched their attacks in defense of national interests and sovereignty.

Q: Recently, General Qa’ani, commander of the IRGC’ s Quds Force, visited Baghdad and talked to top Iraqi officials. What was the agenda of the discussions?

Q- What is the approach of the new Iraqi officials, especially the prime minister, to the Iranian demand? Will they work with Iran, or like the previous government, turn a deaf ear?

Royvaran: Prime Minister Mohammad Shia al-Sudani is a very reasonable person and agrees that we must maintain the security of the borders. The Kurdistan region has brought things with Iran and Turkey to a tight spot. In my opinion, now there is an opportunity for the central government to exercise its sovereignty and authority over the borders. In any country with federal system, the borders are under the control of the central government, and the Iraqi government has a good opportunity to do the same, either directly and by sending troops to be stationed at the borders, or by taking help from Iran and Turkey.

Q: Given the interference of the terrorists in Iran riots and the Erbil failure to contain these groups, what is Iran's future scenario? The commander of the IRGC’s Quds Force General Qa’ani warned that if the terrorists are not disarmed, Iran would launch an unprecedented ground operation. Is this operation possible to take place in the current conditions?

Royvaran: Iran has so far been tolerant of these groups. Turkey is already 40 kilometers deep into Iraqi territory and occupied these areas. Turkey established military bases in Bashiqa, 50 kilometers from its borders into the Iraqi territory. Iran has not done so, however, and stopped at striking terrorists and their bases with drones and missiles. But things have changed now and only in the past two weeks, the Iranian border guards seized over 10, 000 assault rifles being smuggled into Iran from the Kurdish region. It is unclear how many were successfully smuggled and delivered to the opposition. This means that the terrorists have crossed the Iranian red lines and are directly threatening the borders and even home security. This can provide a reason for Iran to launch a campaign in the Kurdistan region and secure its border regions and eliminate possibility of further threats to its national security.

Q: So you think that the ground operation is likely in Kurdistan region?

Royvaran: If the Iraqi government takes no action and does not address Iranian demands, Iran would take military action itself.

Q: Why is Kurdistan Regional Government taking no action in this regard and is allowing the Kurdish militias and Israeli elements to act freely in its areas of control?

Royvaran: Komala, Kurdish Democratic Party, PJAK , Kurdistan Workers Party (PKK), and a number of other groups are present in Kurdistan region, and the autonomous region's leaders say they cannot control them. I do not believe that the government cannot control them. Erbil is capable of controlling them but does not want to because of political and ideological reasons. And since this issue is a threat to Iran and Turkey, it is natural for Iran to take military action. On Sunday, Turkey bombed about 80 points in northern Iraq, and this shows that Ankara leaders are fed up with this situation and can no longer tolerate the threats.

Concerning the Israeli presence in Kurdistan region, the Kurdish leaders say that they need Israeli help for independence from Iraq. So, anything Israel wants to do, they allow it to do freely. This view is a threat to Iran. Iran cannot allow Israeli forces be present on its borders and send terrorist groups into its territory to assassinate its scientists or sabotage its facilities, or destabilize its cities. The recently-arrested group in Isfahan was affiliated with Komala but arranged by Mossad to blast an Iranian arms storage. This is unacceptable and Iran has lost its patience and would no longer stay silent to threats deriving from these terrorist groups and Israelis. If the Kurdistan region brings these terrorist groups under its control and expel the Israeli regime from its soil, Iranian interests would be realized, but if the Kurdish leaders continue their current behavior and take no action against the terrorists and Israel, Iran would itself take action by entering the region and uprooting the threats to its borders.