US imposes sanctions on Iranian officials over riots response 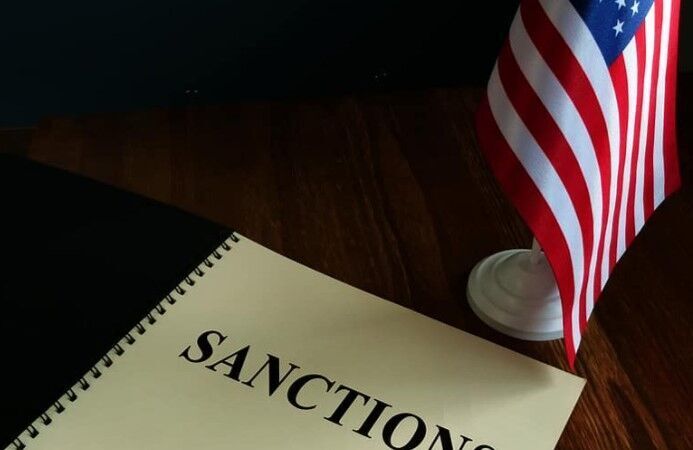 The US Treasury Department on Wednesday imposed sanctions on more Iranian officials over the country’s response to the recent riots in the country.

AhlulBayt News Agency (ABNA): The US Treasury Department on Wednesday imposed sanctions on more Iranian officials over the country’s response to the recent riots in the country.

The action targets two officials in Sanandaj, the capital of Kurdistan Province, western Iran. They are Hassan Asgari, the governor of Sanandaj, and Alireza Moradi, the commander of the city’s Law Enforcement Forces, according to a statement by the Treasury Department.

The action also targets Mohammad Taghi Osanloo who is the commander of the Ground Forces of the Islamic Revolution Guards Corps in West Azarbaijan Province, the statement said.

It added that all property and interests in property of the designated persons that are in the US or in the possession or control of American persons “must be blocked and reported” to the department’s Office of Foreign Assets Control.

Also, any entities that are owned, directly or indirectly, 50 percent or more by one or more blocked persons are blocked, the statement said.

The US has accused these officials of being involved in what it has described as a crackdown on protests in Iran.

Those protests began after the death of young woman Mahsa Amini in mid-September, but soon turned into riots and vandalism which Iran says are backed by foreign countries such as the US and the UK.

The Iranian government says that its people have the right to hold peaceful protests, but warns that it will not tolerate any action meant to disturb the security of the Iranian people.

Last Wednesday, the US Treasury also imposed sanctions on six senior employees and officials of the Islamic Republic of Iran Broadcasting (IRIB), including its director Peyman Jebeli.

The department accused IRIB and its subsidiaries of broadcasting “hundreds of forced confessions of Iranian, dual national, and international detainees in Iran” and failing to act as “objective media outlets, but rather as a critical tool in the Iranian governments mass suppression and censorship campaign against its own people.”

Since the riots have begun, Supreme Leader of Iran’s Islamic Revolution Ayatollah Seyyed Ali Khamenei repeatedly stated that enemies had planned for months to create unrest and riots in Iran.

The Supreme Leader has also said that the enemies were pinning their hopes on popular protests in order to deal blows to Iran.