19th Int’l Meeting on Syria in Astana Format kicks off 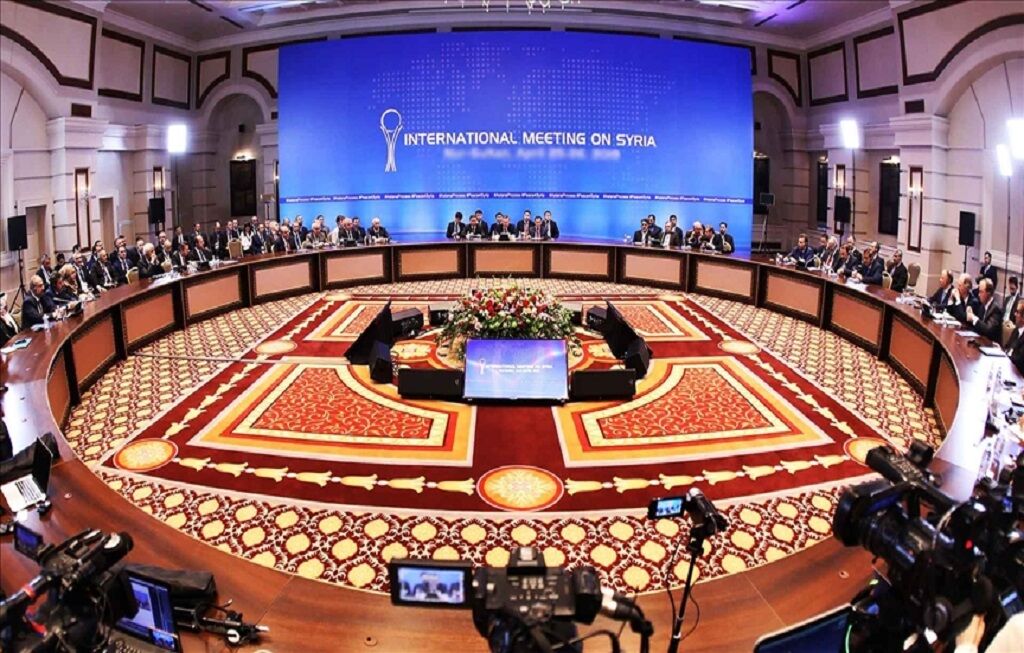 The 19th International Meeting on Syria in the Astana format kicked off on Tuesday in the Kazakh capital, Astana, and it will last for two days.

AhlulBayt News Agency (ABNA): The 19th International Meeting on Syria in the Astana format kicked off on Tuesday in the Kazakh capital, Astana, and it will last for two days.

The delegation of the Syrian Arab Republic, headed by Ayman Sousan, Assistant Foreign and Expatriates Minister is participating in the International Meeting, along with the delegations of the guarantor states of the Astana process “Russia, Iran, and Turkey”, The Syrian Arab News Agency (SANA) reported.

Representatives from the Office of the Special Envoy of the UN Secretary-General for Syria, the Office of the United Nations High Commissioner for Refugees (UNHCR), and the International Committee of the Red Cross are also participating in the meeting, in addition to representatives of the countries enjoying observer status in the Astana process; namely, Lebanon, Iraq, and Jordan, along with other delegations.

It is scheduled that on the first day of the meeting, bilateral and tripartite consultations and discussions will take place between the participating delegations on the topics on the agenda, while the discussions will continue on the morning of the second day in which the plenary session is held to announce the final statement of the meeting, and then press conferences will be held for some heads of the participating delegations.

The Ministry of Foreign Affairs of the host country, Kazakhstan, had previously announced that the agenda items for the meeting include discussing the situation on the ground in Syria, including those related to the humanitarian, economic and social conditions, advancing the political process and confidence-building measures, including the release of detainees, searching for missing persons, and mobilizing the efforts of the international community in accordance with the resolutions of the Security Council for the reconstruction of Syria after the crisis and the creation of conditions for the return of the displaced Syrians to their homeland.

It is noteworthy that since its inception in early 2017, the Astana process has witnessed a total of 19 meetings, two of which were in the Russian resort of Sochi on the Black Sea coast, while the previous meeting took place on the 15th and 16th of last June.