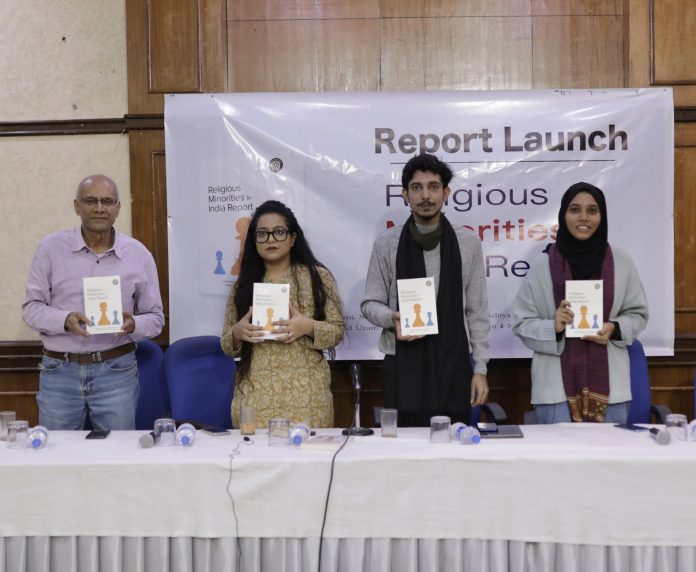 Released on Sunday, a report titled “Religious Minorities in India Report (2021)” has noted the negative role played by the media, through prime-time debates and newspapers, in the misleading characterization of minorities.

AhlulBayt News Agency: A new report by Council On Minority Rights in India (CMRI) has expressed concern about the status of minorities in India.

Released on Sunday, a report titled “Religious Minorities in India Report (2021)” has noted the negative role played by the media, through prime-time debates and newspapers, in the misleading characterization of minorities.

The report is divided into two sections. Each section contains several chapters that go through the occurrences highlighting how minorities in India are persecuted.

“This report is a manifestation of an innocent idea of the oppressed charting their own persecution and lived experiences. The initial idea of this report was to prepare a document charting out the persecution of the Muslim minority in the year 2021, but as some of us started researching and carrying out field travels, we realized the interlinked realities and the shared experiences of oppression with the Sikh and Christian minority of India – both in terms of the policies by the state, public rhetoric used to systemically otherwise the three communities by politicians and actions taken by non-state actors,” the Council on Minority Rights in India (CMRI) claimed.

The report includes parts on gendered Islamophobia, the situation of Sikhs in India, media portrayals of minorities, repression of Christian-run educational institutions, hate crimes and hate speeches against minorities, and Muslim students’ resistance in universities.

Analyzing multiple instances of Indian newspapers’ biased coverage, the report, in one such example, found that “Dainik Jagran, the largest Indian newspaper in any language, in terms of circulation, refrained from publishing the infamous Hathras rape case in 2020. According to media watchdog Newslaundry, despite the harrowing case of gang rape of a Dalit minor by upper caste men being the central subject of discussion in the country, Dainik Jagran did not report on the case for two weeks.”

“A pregnant and bleeding Muslim woman was accused of spreading the virus in Jamshedpur hospital, she was even asked to clean the hospital floors. The woman lost her child. Attacks on Muslims in the name of COVID-19 increased severely,” the report further revealed.

Studying the instances of ‘Institutional Murder of Muslims in Indian Campuses’, ‘Criminalizing Muslim Students: No Exemption for Children’, ‘The Enforced Disappearance of Najeeb Ahmed’, ‘Police Brutality at India’s Leading Universities,’ ‘Incarceration of Muslim Students and Scholars,’ and ‘The case of the Hijab,’ the Report concluded by stressing the establishment of Anti-Discrimination and Minority Cells among educational institutes. “More commissions need to be created to investigate the situation of Muslims in and out of the university system.”

The report was released at the Press Club of India, New Delhi. Colin Gonsalves, a senior advocate, presided over the Report’s release. Adv. Kawalpreet Kaur, student activist Safoora Zargar, and the Report’s three authors, Nidha Parveen, Sharjeel Usmani, and Tazeen Junaid, were among the other speakers.