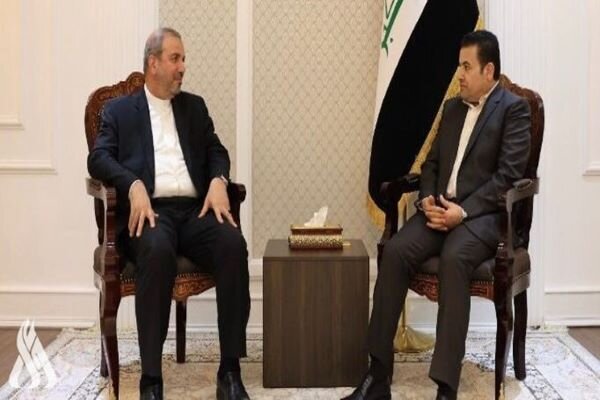 The Iranian envoy to Baghdad discussed the regional and international political and security situation with Iraq's National Security Advisor on Monday.

During the meeting, al-Araji and Al-e Sadegh discussed developing bilateral ties as well as the regional and international political and security situation.

The Iraqi government is trying to achieve balance in its relations with other countries, said al-Araji.

Iraq is always interested in establishing security, and political and economic stability in the region for the benefit of the nations, countries of the region, and the world, he underlined.

He emphasized the support for electricity, gas, and energy cooperation between the two countries.