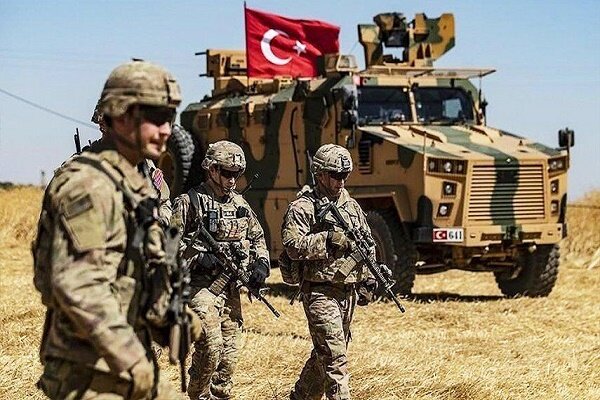 Turkish warplanes delivered an airstrike at a US center for training Kurdish fighters of the Syrian Democratic Forces (SDF) in Syria’s northeastern al-Hasakah governorate.

According to the Beirut-based Al Mayadeen television channel on Monday, US military instructors are working in this center.

No data about casualties are available.

According to the news agency, dozens of shells were fired at the positions of the Kurdish Syrian Democratic Forces (SDF) in the settlement Mer’it. Several civilians were killed or wounded.

Earlier in the day, Turkish warplanes attacked SDF positions in the settlements of Bahira and Tell Hamdun in this border sector, wounding two locals.

Also on Monday, Turkish fighter jets delivered strikes at Kurdish units near Ayn al-Arab (also known as Kobani) on the Euphrates eastern bank. Apart from that, artillery shelling was conducted at several Kurdish villages in the Al-Shehba neighborhood in western Aleppo.

On November 20, SDF attacked the Karkamysh border area in the Gaziantep province and the Onjupynar checkpoint near the city of Kilis, wounding eight people.

Earlier, Turkey’s defense ministry reported that 89 targets had been destroyed during the night air attack in northern Iraq and Syria on November 20. The ministry claimed that strikes had been delivered at places of deployment of the Kurdistan Workers’ Party and Syrian Kurdish units.

Turkish National Defense Minister Hulusi Akar announced on Monday, "Since the beginning of Operation Claw-Sword, 184 terrorists have been killed by means of aircraft and fire support from the ground. According to our estimates, this figure will grow. We will continue our struggle until the last terrorist is destroyed."

Experts say that Turkey’s cross-border operation in northern Iraq and Syria was a response to the November 13 terror attack in Istanbul, which left six people dead and more than 80 injured. The Turkish authorities placed the blame for it on the Kurdistan Workers’ Party and SDF’s People's Defense Units.

Moscow also called on Turkey to show restraint in light of the strikes on Syrian territory, tensions cannot be allowed to escalate.

"We will call on our Turkish colleagues to show certain restraint in order to prevent an escalation of tension, not only in the northern and northeastern regions of Syria, but throughout the entire territory," Russia's special presidential envoy for Syria Alexander Lavrentyev said at the beginning of the 19th round of talks on the Syrian settlement in Astana.

He said work with all interested parties should be continued, and an attempt should be made to find a peaceful solution to the Kurdish issue.

Lavrentyev said Turkey had not notified Russia in advance about the air operation in Syria and Iraq; the issue would be discussed during the meeting on Syria in Astana.

"We hope to convince our Turkish partners to refrain from using excessive force on Syrian territory," the Russian special envoy said.