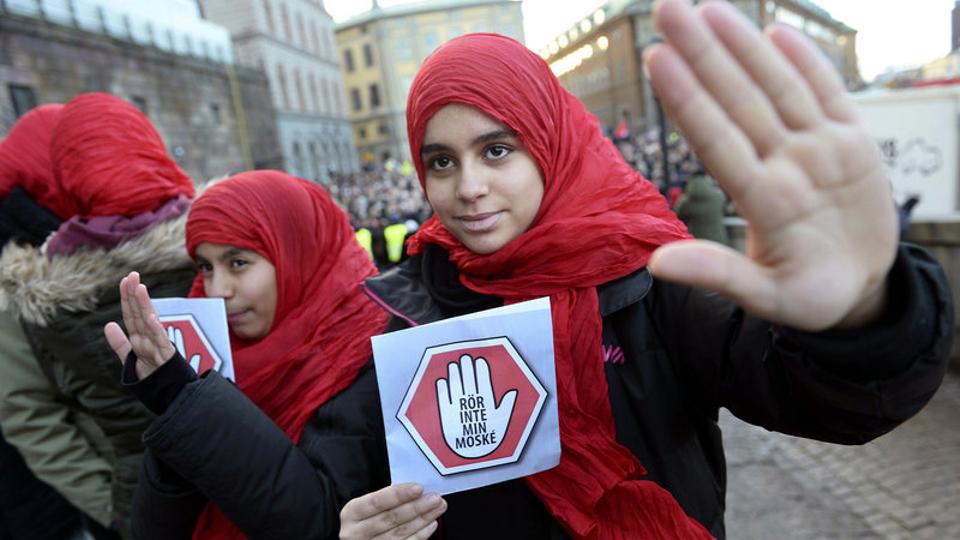 Despite many being among the best-performing schools in the country, the Swedish regime continues to close down Islamic academic institutions in a bid to push "anti-Islamic rhetoric" and "stop privatization" in education.

AhlulBayt News Agency: Despite many being among the best-performing schools in the country, the Swedish regime continues to close down Islamic academic institutions in a bid to push "anti-Islamic rhetoric" and "stop privatization" in education.

Earlier this year, the Nordic country's then-Educational Minister Lena Axelsson Kjellblum told a press conference that her government had introduced a bill aiming to "prohibit the establishment of so-called independent religious schools."

The bill essentially prevents the schools from expanding by increasing the number of their students or opening new branches from 2024 onwards.

Only Islamic schools have been targeted by the legislation so far, triggering an outcry from Muslim organizations, researchers, and schools, arguing that the decision to shut down Islamic schools was not based on poor academic results or other teaching shortcomings, but rather had political, anti-Islamic motives.

Mohamed Amin Kharraki, head of the independent Muslim school Framstegsskolan in the Ragsved suburb of Stockholm, said that around 20 schools that classify themselves as Islamic or those that are owned by Muslims are being closed with the only three remaining fighting a lawsuit against them.

Last May, the country's school inspectorate announced it was shutting Framstegsskolan down. However, the school won an appeal and the administrative court said the decision should no longer apply, pending a verdict.

Decisions made on 'conspiratorial claims'

The inspectorate's decision to close the school was based on a report by the Swedish domestic security service SAPO with "conspiratorial claims" about the Muslim Brotherhood group, secret agendas, and alleged terror labels that have left some researchers baffled.

"If I hadn't had the research background I have, that I studied and researched the Muslim Brotherhood, I would have been afraid of the dark. I would be afraid of basically all Muslim leaders in Sweden," local news outlet Syre quoted Emin Poljarevic, an associate professor in the sociology of religion, as saying.

"This further shows that we have a social climate where Muslims are exotified and made suspicious. It is a shame that Sapo, of all authorities, has fallen into that pit," said Poljarevic, who is a lecturer in Islamic theology and philosophy at Uppsala University.

Saimagarden's preschool in the Akalla district of Stockholm, also run by Framstegsskolan, was to close last August due to SAPO's claims that children were at risk of radicalization.

The court, however, overturned the move and the preschool remains open until a final verdict is issued.

Kharraki suggested that SAPO had not mentioned any specific accusations about either school in its report and that it instead referred only to "secret" sources.

Underlining the danger posed by the inspectorate's argument, he said that if a school is accused of putting children at risk of radicalization, with no actual proof or past incident, then it's "very hard for you, as an accused party, to defend yourself, actually, because it's nothing that has actually happened. It's something that may happen."

According to Kharraki, the school inspectorate never visited Framstegsskolan to observe the alleged radicalization and has refused to question SAPO's report.

Sead Busuladzic, a board member of the Nyans political party and its top official in the southernmost Skane county, said that the school closures were not about education, but about the political anti-Muslim climate.

He pointed out how the right-wing parties that are currently in power have explicitly said they have nothing against Christian, Jewish, or other schools.

Politicians who, in his words, are normalizing Islamophobia and making life more difficult for minorities, have only voiced problems with Islamic schools, supposed to "stop radicalization." In doing so, they are "influencing the general opinion and how the Muslims are viewed."

Busuladzic explained that initially, Social Democrats had driven this issue, because they are "against all private schools," and argue that the state should run all educational institutions.

In practice, however, only Islamic schools bore the brunt of even Social Democrat policies, despite their purportedly general opposition to private education.

In past elections, instead of focusing on issues such as the economy and high unemployment, politicians have fed anti-Muslim sentiment, he said, suggesting that the school closures were a reflection of this.

When the bill was first introduced by the government, it claimed that all religious schools would be affected. However, in reality, this has not been the case as no other religious schools have been shut down except Muslim schools.