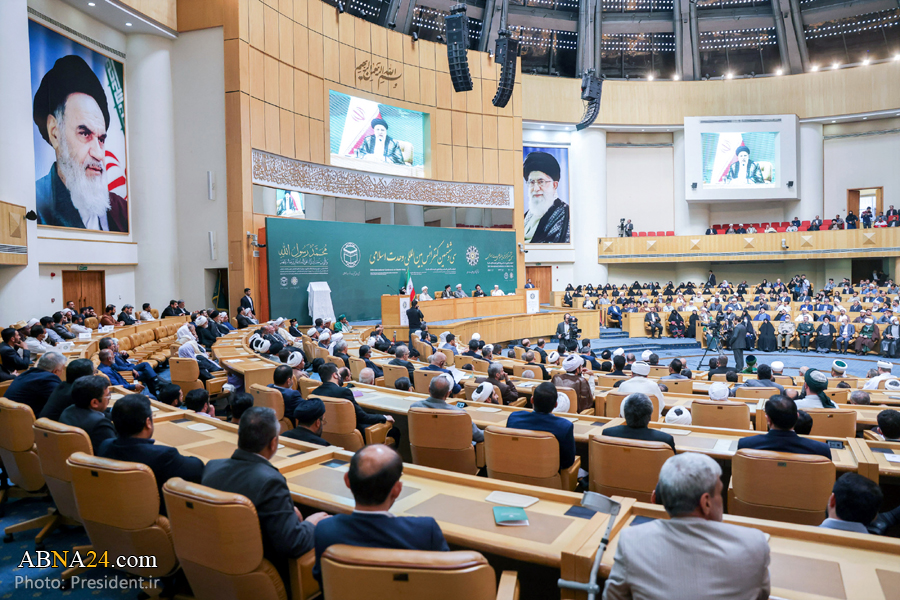 The 36th Islamic Unity Conference ended here on Friday by issuing a statement.

The global oppression, led by the United States and the looter west, that has throughout the recent decades pursued two major projects, namely disintegration of the Islamic world and looting the capitals and national wealth of the Islamic nations, has roots in secularism and liberalism.

The World Forum for Proximity of the Islamic Schools of Thought sponsored the 36th Islamic Unity Conference with the motto of 'Islamic Unity, Executive Strategies, Operative Moves" to emphasize that there are executive strategies and operative moves for achieving unity in the Islamic world.

The communique then refers to the papers received by the secretariat of the conference and addresses given at the 36th conference, as well as the strategies and practical moves made, and to be made to achieve unity, brotherhood and amicable feelings among the world Muslims.