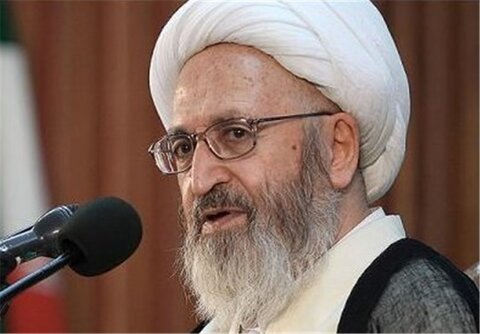 Ayatollah Sobhani issued a message to the 7th General Assembly of the AhlulBayt (a.s.) World Assembly.

Indeed, Allah desires to repel all impurity from you, O People of the Household, and purify you with a thorough purification. (Quran, Al-Ahzab: 33)

Peace (Salam) be upon you and welcome ulama and prominent figures of the Islamic world and defenders of Shia sanctity. In the conference of the AhlulBayt (a.s.) World Assembly – which is an example of “a pure tree whose roots are fixed and whose branches are in the sky” – I ask Almighty God for your increasing success to take care of the orphans from of the House of Muhammad (p.b.u.h) and to guide them intellectually and spiritually.

1. You are at the forefront of defending Islam and the Shiism school, for which many bloods have been sacrificed, and InshaAllah you are among the true followers of the Infallibles (a.s.). In this way, I would like to draw your attention to some important points:

2. I strongly recommend the observance of the unity of the Islamic Ummah, especially the unity of the Shiite ulama who are the role models of the masses of lovers and followers of the AhlulBayt (a.s.) of the Prophet Muhammad (p.b.u.h); and following sources of emulation in political and social issues. I also strongly warn about the differences of opinion among Shiite ulama.

3. Strive to enlighten about doubts and answer them through the pure teachings of AhlulBayt (a.s.) and their guidance and enlightened leadership.

4. Strive for the recognition of Shiite minorities in their respective countries, and to defend their civil rights and religious activities.

5. It is necessary for Shiite ulama to return to their countries after graduation from Qom, Najaf and other seminaries to fulfill God’s command in Quran which refers to the necessity of “warning of one’s tribe”

7. According to the strict orders of Infallibles (a.s.), it is necessary to establish good relationship between Shiite family members and strengthening the family institution.

8. It is necessary to promote the Shia seminaries, expansion and strengthening them quantitatively and qualitatively, and introduce modern teaching and preaching methods to the clergy.

9. It is important to use modern techniques and methods in propagation of Islam.

I hope that each of you can guide millions of people to the life-giving school of pure Islam and the school of AhlulBayt (a.s.).

Peace and God’s mercy and blessings be upon you.