Photos: Raising flag of Hazrat Abbas (AS) in Myanmar despite spread of coronavirus , problems of coup 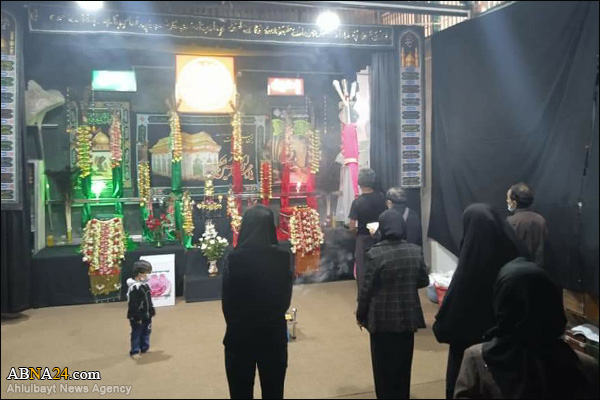 Simultaneously with the first decade of Muharram 2021, mourning ceremony is being held in "Hosseinieh Mohammad Ali Mazandarani" in "Tanji" city in "Myanmar". This year, due to the problems caused by the outbreak of the Coronavirus and the military coup in Myanmar, the people of this country were less welcomed with mourning ceremonies, but the Shiites of this country have not allowed the flag of Husseini and the Hazrat Abbas (AS) to remain on the ground. The late Mohammad Ali Mazandarani was an Iranian businessman and Qajar agent who moved to Myanmar about 120 years ago and remained there after marrying the daughter of one of the rulers of that land. A group of Myanmar Shiites are of their generation and now run the Husseiniyah and its ceremonies. The Hosseiniyah - built in the city of Tanji (central Myanmar) - dates back to 116 years ago.