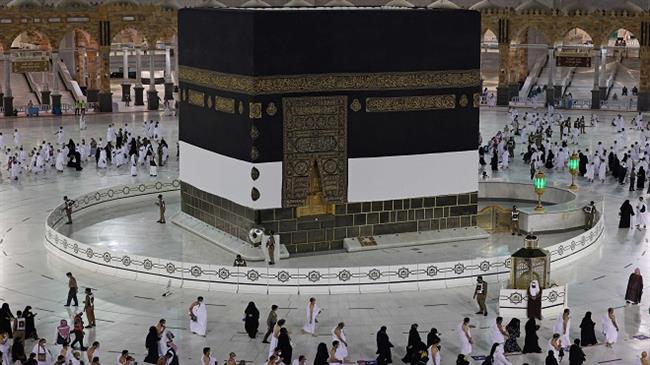 Only 60,000 vaccinated Saudi citizens and residents between the ages of 18 and 65 were allowed to register for the annual pilgrimage.

AhlulBayt News Agency (ABNA): Only 60,000 vaccinated Saudi citizens and residents between the ages of 18 and 65 were allowed to register for the annual pilgrimage.

The year before, up to 10,000 Saudi citizens and residents were permitted to perform the Hajj.

In the years before the pandemic, about 2.5 million pilgrims from across the world flocked to Islam’s holiest site to attend the Hajj.

Last year, worshipers were given amenity kits including sterilized pebbles for the “Stoning of Satan” ritual, disinfectants, masks, a prayer rug and the ihram, a traditional seamless white Hajj garment, made from a bacteria-resistant material.

Saudi authorities this year have also assigned every 20 pilgrims a health official to guide the group, and monitor their adherence to strict health and safety regulations.

Physical distancing between pilgrims during the rituals including during mass prayers and while circling the Kaaba will be strictly imposed, according to a statement by the Centers for Disease Prevention and Control (CDC).

Saudi Arabia has so far recorded more than 507,000 coronavirus infections, including over 8,000 deaths.

Some 20 million vaccine doses have been administered in the country of over 34 million people.

The Hajj is one of the pillars of Islam and a once-in-a-lifetime duty for all able-bodied Muslims to perform if they can afford it.

Muslims ultimately perform the Hajj with the aim of cleansing their souls and reviving their relationship with God.